Tom Holland Went Undercover at a High School to Prepare for Spider-Man: Homecoming 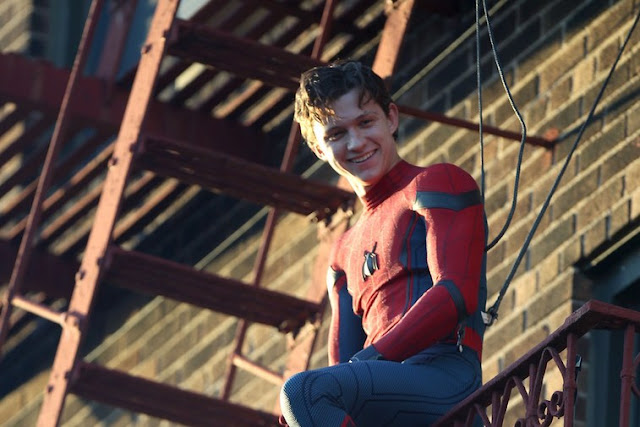 All you had to say to get us excited about Spider-Man: Homecoming was the name Zendaya, though it sounds like Tom Holland is going to be a compelling draw all on his own. In a Facebook Live video posted Friday, the actor revealed that he went undercover at an unnamed high school in the Bronx to prepare for the part (read: he’s pretty much just real-life Peter Parker).
“The coolest thing I think I did for the movie was I was enrolled in a high school in New York, in the Bronx, as a secret,” Tom said in the video. “No one knew who I was or what I was doing. I had a fake name, a fake accent. I went to school for three days, I think. It was really fun.”
“It was really interesting because New York high schools are so different than the schools that I went to in London,” he continued. “When I went to school, you had to wear a suit and tie and it’s all boys and for me, it was the first time I was in a classroom with girls. It was like a really strange experience. It was really fun.”
Apparently, the Tom told some of the kids his secret, and they didn’t even believe him.
“I told one kid at the school, I was like, ‘Hey man, I’m actually Spider-Man.’ He did not believe me, was like, ‘What? No.’ I said, ‘No, seriously, I’m Spider-Man. Like, no joke. Like, let’s not mess around anymore. I’m Spider-Man.’ He’s like, ‘I don’t believe you,'” Holland said. “And at the time, I hadn’t made the movie so I didn’t have any pictures to show him, to prove that I was Spider-Man. And he did not believe me at all.”
It’s unclear if he was trying to tell the kid he was playing Spider-Man or literally Spider-Man. When method acting this intense, it can be hard to parse out the differences between fiction and reality!!!
-
0
Share on Facebook Share on twitter