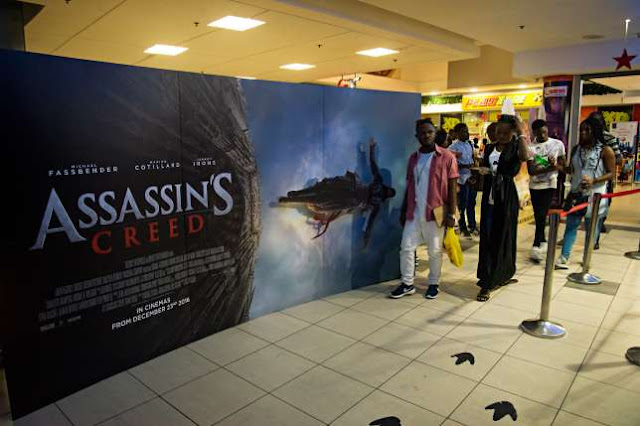 Gamers and lovers of good film were given a treat on Friday, 23, 2016, as FilmOne Distribution held the premiere of “Assassin’s Creed.”

The premiere which held at Genesis Deluxe Cinema, Lekki, also doubled as a gaming convention.
Explaining the rationale behind the gaming convention/movie premiere, Damola Layonu, Operations Support Manager at FilmOne Distribution Limited, said that the event serves to boost the rising gaming culture of Nigerians.
pla
“We distribute movies on behalf of 20th century fox and we have that exclusive right here in Nigeria and Ghana,” said Layonu. So this is one of the movies that we are releasing and it just came out today and we decided to do the premiere on the same day of release. We had some advance screening a couple of days prior and the numbers are crazy. I think that the gaming culture in Lagos has really taken off.” 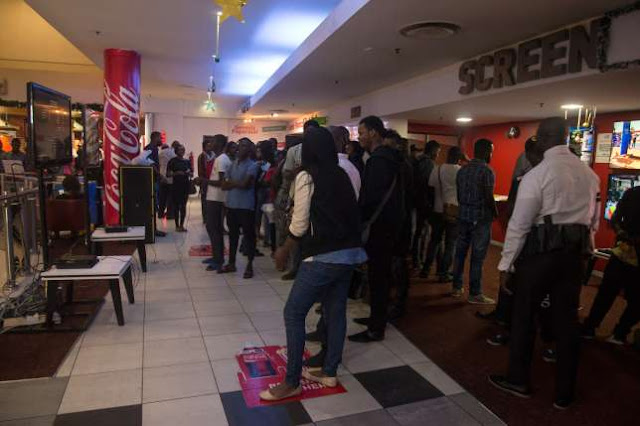 “If you look around, you will see that people are here to play games. As a nation, I think that entertainment is something that we value very highly in any format. That is why our concerts are well attended, and our premieres are always packed full. Now gaming is beginning to take off among our people,” he added.
pla
Among artistes who graced the event were OC Ukeje, Denrele Edun, Bryan Okwara and a host of others.”
Based on the Ubisoft game franchise, the movie stars Michael Fassbender, Marion Cotillard, Michael K. Williams, Jeremy Irons and Brendan Gleeson.
The “Assassin’s Creed” movie follows Callum Lynch, who when he explores the memories of his ancestor Aguilar, and gains the skills of a Master Assassin, he discovers he is a descendant of the secret Assassins society.
Directed by Justin Kurrzel, the movie debuted in Nigeria on December 23, 2016.
-
0
Share on Facebook Share on twitter