Fast and Furious 8 Gets an Official Title 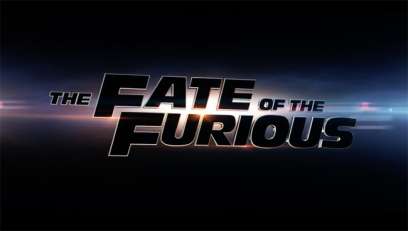 While fans anticipate the official trailer for “Fast and Furious 8,” an official title has been revealed.

The movie which comes after the successful and record breaking “Furious 7” has been titled “The Fate of the Furious.”
Directed by James Wan, the upcoming film stars Vin Diesel, Dwayne Johnson, Michelle Rodriguez, Jordana Brewster, Tyrese Gibson, Jason Statham and Ludacris.

Recent additions include Kristofer Hivju as a henchman to the film’s villain, which will be played by Charlize Theron, and Scott Eastwood as a protégé of Kurt Russell’s Mr. Nobody.
Now that Dom and Letty are on their honeymoon and Brian and Mia have retired from the game—and the rest of the crew has been exonerated—the globetrotting team has found a semblance of a normal life. But when a mysterious woman seduces Dom into the world of crime he can’t seem to escape and a betrayal of those closest to him, they will face trials that will test them as never before.
From the shores of Cuba and the streets of New York City to the icy plains off the arctic Barents Sea, our elite force will crisscross the globe to stop an anarchist from unleashing chaos on the world’s stage…and to bring home the man who made them a family.
“Furious 8” which will debut  April 14, 2017, will be directed by ‘Straight Outta Compton’ director, F. Gary Gray.
Producer and co-creator of the recording breaking franchise, Vin Diesel, announced the release dates for the 9th and 10th installments as April 19, 2019 and  April 2, 2021 respectively
-
0
Share on Facebook Share on twitter