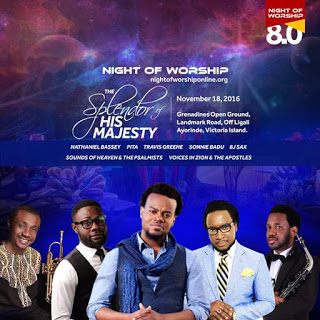 Earlier this afternoon I read a post on BellaNaija where she wrote an article about #TE11.
She stated that minister Travis Green’s ministration at #TE11 was his first time on the Nigeria soil.
Escuse me ma.  Maybe I be a point of correction.
Even though she might not get to see this post but I gast still make a correction. Those who are familiar with Joshua Ville, the youth church of RCCG City of David in VI would know that Travis Green was one of the major attraction at Night of Worship 8.0 that happened in November.
He ministered for well over an hour and made an altar call to the live audience. So es ma Joshua Ville of RCCG City of David was the first to bring minister Travis Green to Nigeria and not House on the Rock who hosted The Experience.
So Travis Green’s ministration at #TE11 was actually his second in Nigeria.
Am not being rude Ma, just pointing out the facts.
Am a huge fan of yours tho.
-
0
Share on Facebook Share on twitter